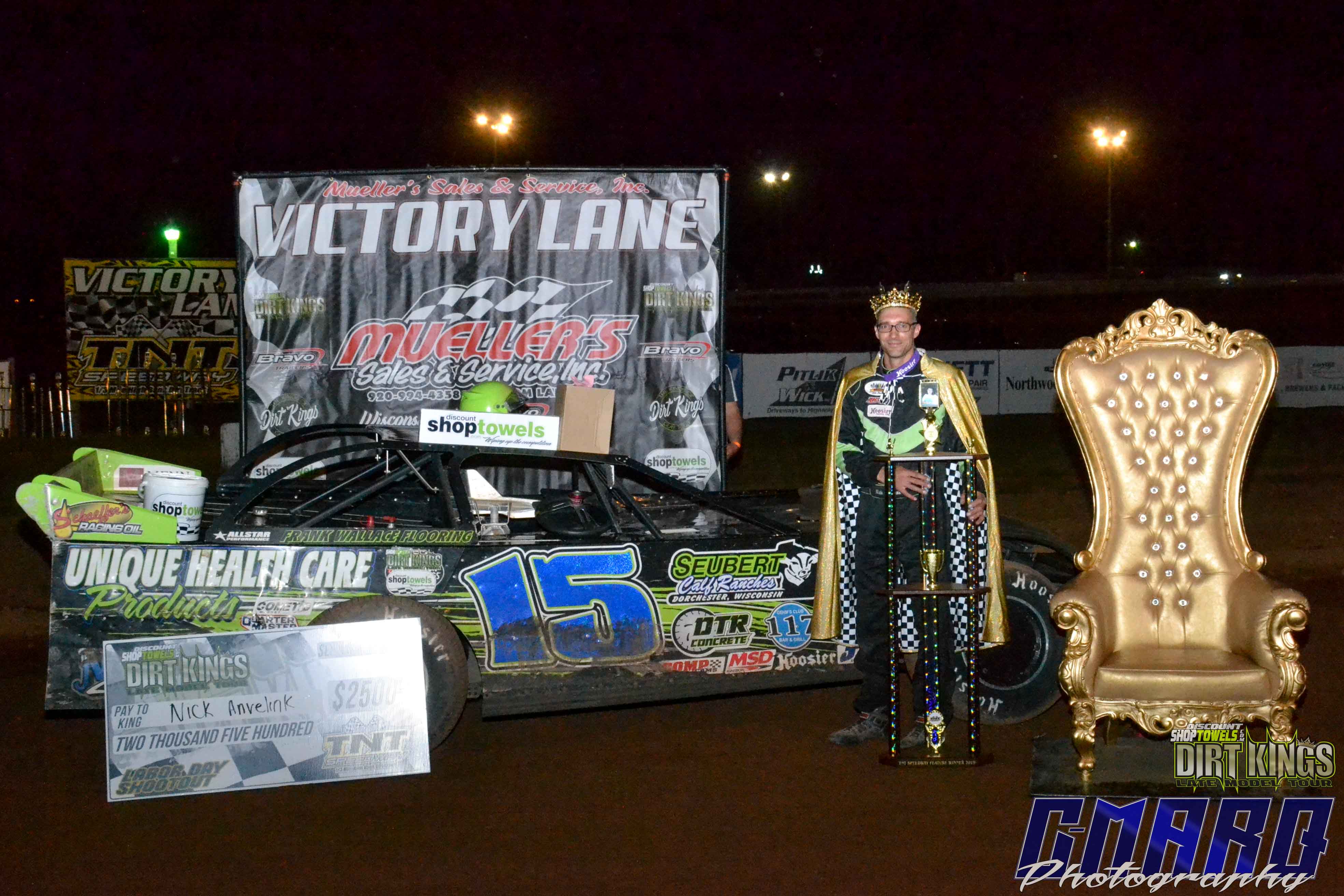 September 1, 2019 - Three Lakes, WI - Nick Anvelink returned to the Mueller's Sales and Service Victory Lane for the fourth time this season in the DiscountShopTowels.com Dirt Kings Late Model Tour Labor Day Shootout at TNT Speedway 3 Lakes WI. Anvelink led all 30 laps and had to work through lapped traffic for the majority of the race but was able to maintain his lead. In the caution free race, Mark Rose finished second, followed by Ron Berna, Troy Springborn and Brett Swedberg.

After starting on the pole, Tom Naeyaert finished sixth followed by Kyle Raddant who finished seventh and took home the Sunoco Racing Rookie of the Race Award, his first of the season. Justin Schmidt was eighth, followed by Justin Ritchie and Tim Buhler.

End of the season woes sidelined several drivers for the Labor Day Shootout including Chris Engels who posted on social media early Sunday morning that he wouldn’t be able to race at TNT that night. Even though Engels is currently ahead of Mark Rose in the 2019 DiscountShopTowels.com Dirt Kings Late Model Tour point standings, Rose offered Engels his second car to race, a move that shows his true sportsmanship.

The Labor Day Shootout was the first race of the Miller WeldersSeptember Speedweeks. Ron Berna was awarded the prize pack that includes welding gloves and welding jacket.