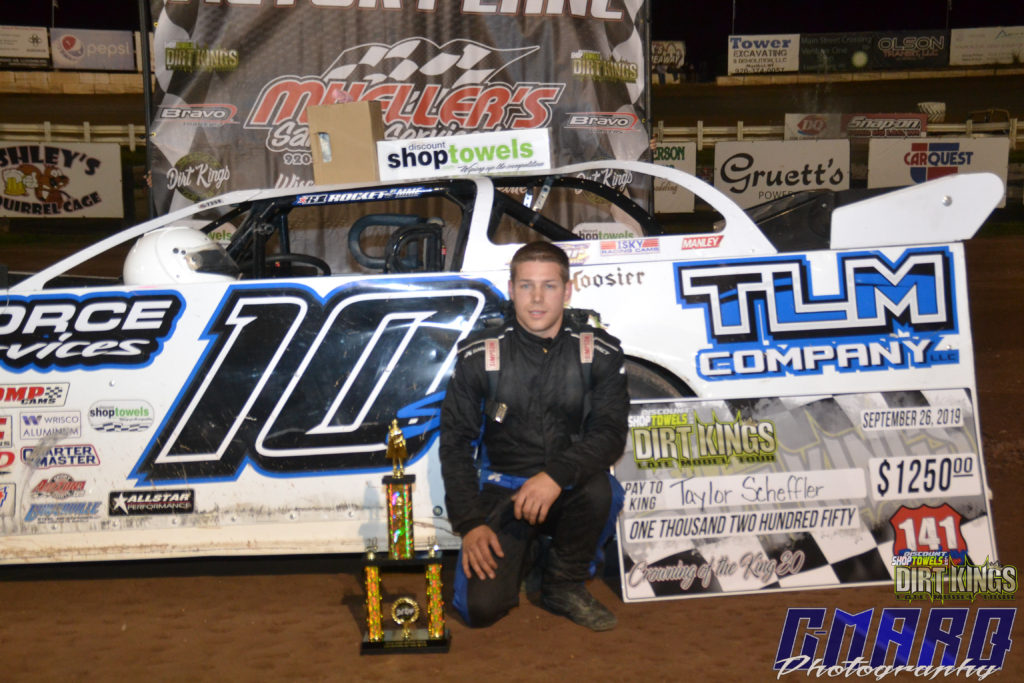 Maribel, WI - Taylor Scheffler used the outside line to pass Troy Springborn for the lead on lap seven as the two battled through turns one and two with Scheffler completing the pass on the backstretch. Scheffler led the rest of the Crowning of the King at 141 Speedway and won his first DiscountShopTowels.com Dirt Kings Late Model Tour race. Scheffler started the race outside of row four as Springborn and Kyle Raddant led the field to the green flag.

Caution slowed the field on lap three, giving Raddant an opportunity to challenge Springborn for the lead on the restart. Raddant’s charge allowed Scheffler to advance to second. On the next lap, Scheffler took the lead. Caution slowed the field one lap later, but Scheffler held the outside line on the restart, keeping the lead. Scheffler raced through the tail of the field for the remainder of the race and just twelve cars finished on the lead lap without another yellow flag to slow the event.