Freedom, WI - June 27, 2019 - Promoters of the DiscountShopTowels.com Dirt Kings Tour are excited to announce that Speed51.com will live stream the final 9 races of the 2019 Kings of Clay Tour.

Since 2001, Speed51.com has been the source for short track news, behind- the-scenes stories, in-depth race coverage and live video broadcasts of short track events throughout North America. The Speed51 Video Network carries highlights, interviews and features from short track racing around the country on Speed51.com. You can become a member for $9.99 per month, or you can sign up for a yearly membership for just $79.99.

The Dirt Kings Late Model Tour brings high energy entertainment that captivates fans as drivers compete for the title of King, while battling side-by- side lap after lap. The Tour is the fastest growing dirt series in the Midwest. More than 45,000 fans have packed their local dirt tracks to support their favorite driver and find out who is King. In 2019, the Tour will sanction 13 events at 9 venues across the state of Wisconsin. More information about the 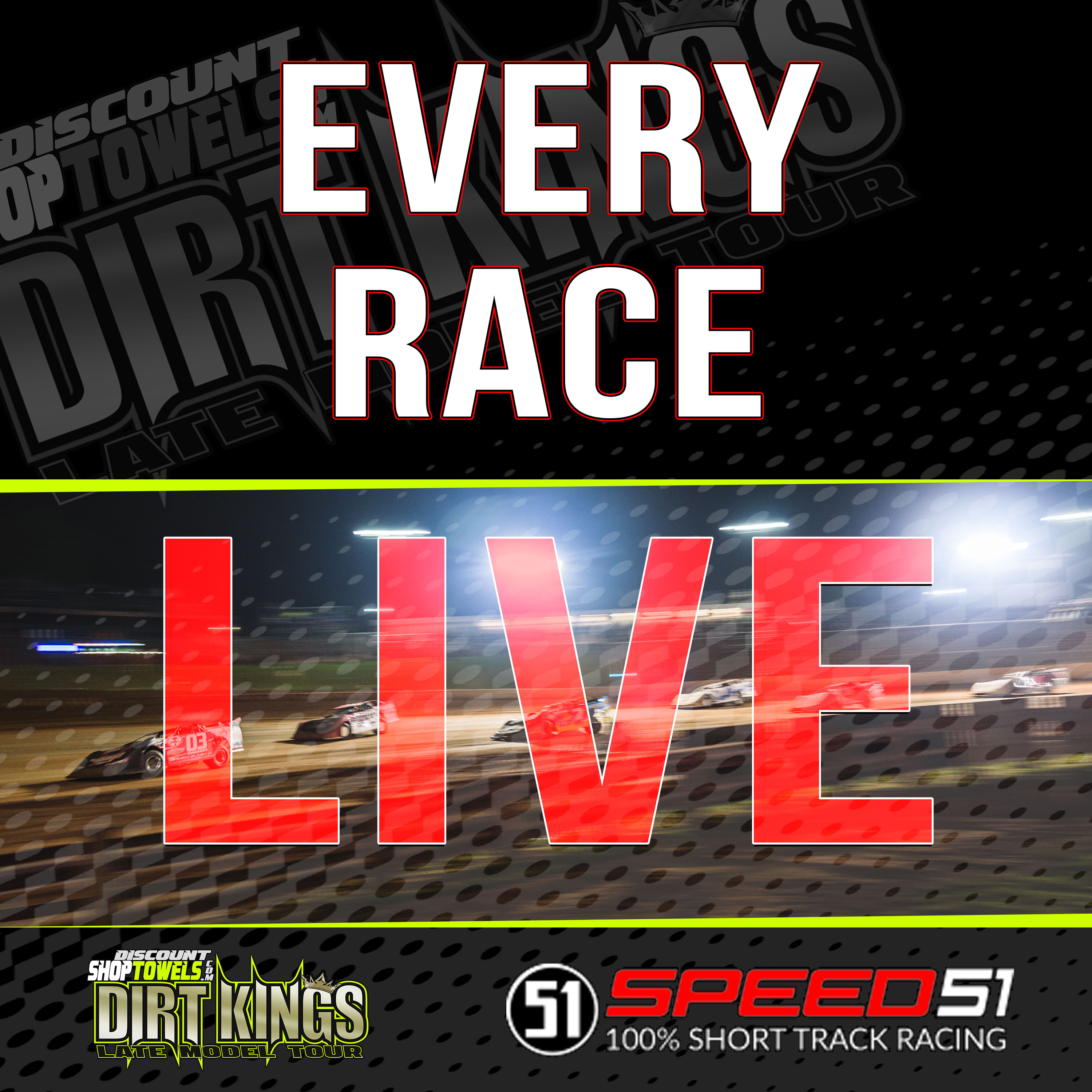