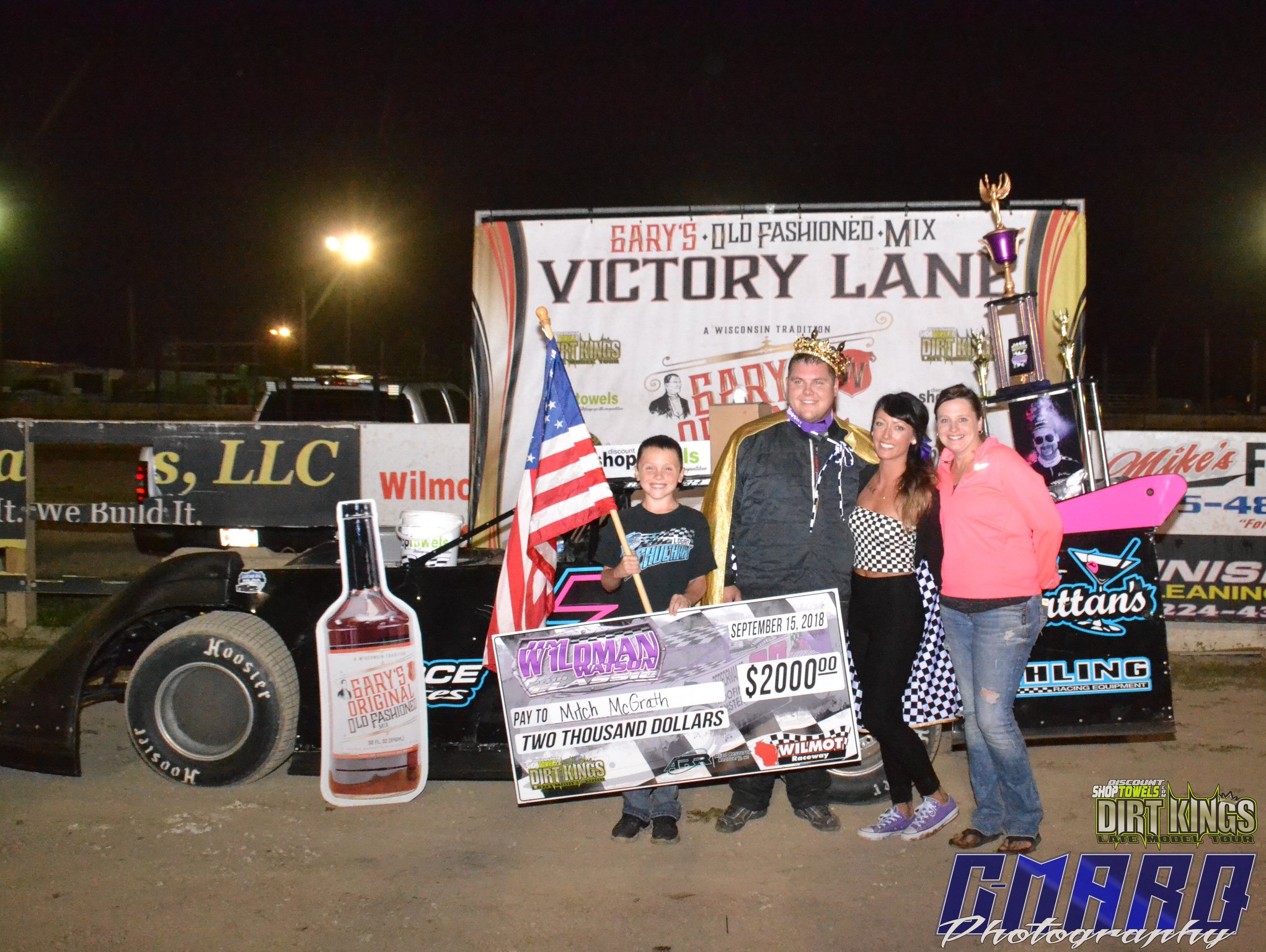 McGrath had the most passing points in the heat races, sponsored by The Brent Family, and the re-draw put him on the pole for the A-Main. Ron Berna led the first lap, advancing from fourth starting position, but McGrath took the lead back on lap two. Caution slowed the field on lap four, for a spin in turn three. On the restart, McGrath led Berna, Mark Rose, Rick Scheffler and Jim Schmidt back to the green flag. Berna looked to the inside of McGrath but McGrath was able to hold on.

McGrath continued to lead the way and by the halfway point, he and Berna had pulled away from Rose and Brett Swedberg who had advanced to fourth. Caution slowed the field one final time with twelve laps to go. On the restart, McGrath led the field followed by Berna, Swedberg, Taylor Scheffler, Jared Siefert and Justin Schmidt. McGrath held on to win the race, his third DiscountShopTowels.com Dirt Kings Late Model Tour victory.

Many of the Wildman’s family and friends were in attendance at the Inaugural Jim “Wildman” Watson Classic. One lucky fan even won a 1/24 scale die cast of Jimmy’s car. In addition to family and friends supporting the event, Allied Resource Recovery served as the presenting sponsor, John Burnside built the trophy, and The Brent Family, Redline Web Design, QuarterMaster, and Five Star all contributed additional awards for the Inaugural race.

QuarterMaster sponsored a Bell Housing Kit worth $1694.33 that was presented to Mark Rose, the sixth place finisher after the race. Rose was awarded the bell housing kit after a random draw of the top ten finishers.