Fountain City, WI - Dustin Sorensen was crowned King of the DiscountShopTowels.com Dirt Kings Late Model Tour $5000-to-win Firecracker 40 - Night 2 at Mississippi Thunder Speedway. Sorensen started the Firecracker 40 from the pole position, after the redraw. Sorensen and Taylor Scheffler led the field to the green flag and Sorensen took the early lead. Jesse Glenz challenged Sorensen for the lead as caution slowed the field on lap five, for Lance Matthees who had slowed in turn four and again on the restart when Steve Laursen slowed in turn two.

On the restart, Glenz made it three wide with Sorensen on the high side and Scheffler on the bottom of the track. Glenz couldn't make it stick and followed Sorensen to the line. Glenz continued to battle Sorensen for the lead until the leaders encountered the end of the field. At halfway, Sorensen had lapped traffic racing three wide in front of him until caution slowed the field with just 18 laps to go, as Glenz slowed on the track.

Sorensen maintained his lead as Jake Redetzke raced inside Jake Timm for second position with Ryan Unzicker and Mark Rose rounding out the top five. Unzicker made the pass on Redetzke for third and set his sights on Timm, who was about ten car lengths behind Sorensen. Caution slowed the field on final time when Chris Engels slowed in turn three.

Sorensen led the field to the restart, with Unzicker racing to the inside of Timm as they raced into turn one and two, with Timm trying the inside as they raced through turn three. Unzicker made the pass stick and he set his sights on Sorensen while Brett Swedberg made a move to the inside of for fourth position, with Redetzke holding him off. Sorensen went on to finish 1.098 seconds ahead of Unzicker and visited Mueller's Sales & Service Victory Lane for the first time in his career. 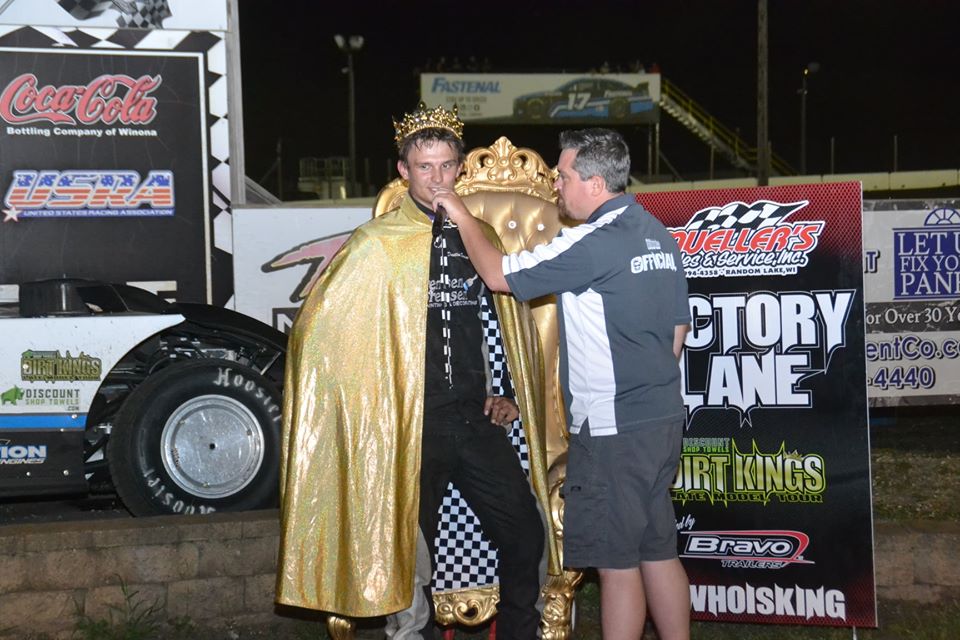 Fountain City, WI - John Kaanta was crowned King of the DiscountShopTowels.com Dirt Kings Late Model Tour race in Mueller’s Sales & Service Victory Lane at Mississippi Thunder Speedway for Night 1 of the Firecracker 40. Kaanta won his heat race and was in the top 6 in passing points, and redrew the pole for the 40-lap $5000-to-win Firecracker 40. Sam Mars took the early lead, starting outside of the front row as Mars and Kaanta battled side-by-side for the lead. Troy Springborn made it three wide, with Mars on the inside and Kaanta on the outside as they raced through turn two. Springborn took the lead from Mars as Taylor Scheffler moved to the third. Kaanta battled with Springborn for the lead, eventually passing for the position on lap seven.

Caution slowed the field after the completion of lap eight as Justin Reed got into the wall in turn three. On the restart, Kaanta led the field to the green flag with Scheffler racing to the inside of Springborn for second place with Mars, Tim Isenberg, Justin Ritchie and Jesse Glenz rounding out the top five.

Springborn battled to the inside of Kaanta for the lead with Isenberg in third and Lance Matthees in fourth. At the halfway point, Springborn took the lead with Kaanta on the outside. Kaanta regained the lead on lap 22, when caution slowed the field as Scheffler spun making a pass for the lead as he raced to the inside of Springborn and Kaanta in turn four. On the restart, Kaanta pulled away from the field with Springborn, Matthees, Ryan Unzincker and Isenberg leading the pack.

Caution slowed the field a few more times, before Kaanta pulled away on the restart with just six laps remaining. Isenberg regained second position, diving to the inside of Springborn. Kaanta finished .532 seconds ahead of Isenberg with Springborn, Ron Berna, and Unzicker rounding out the top five. 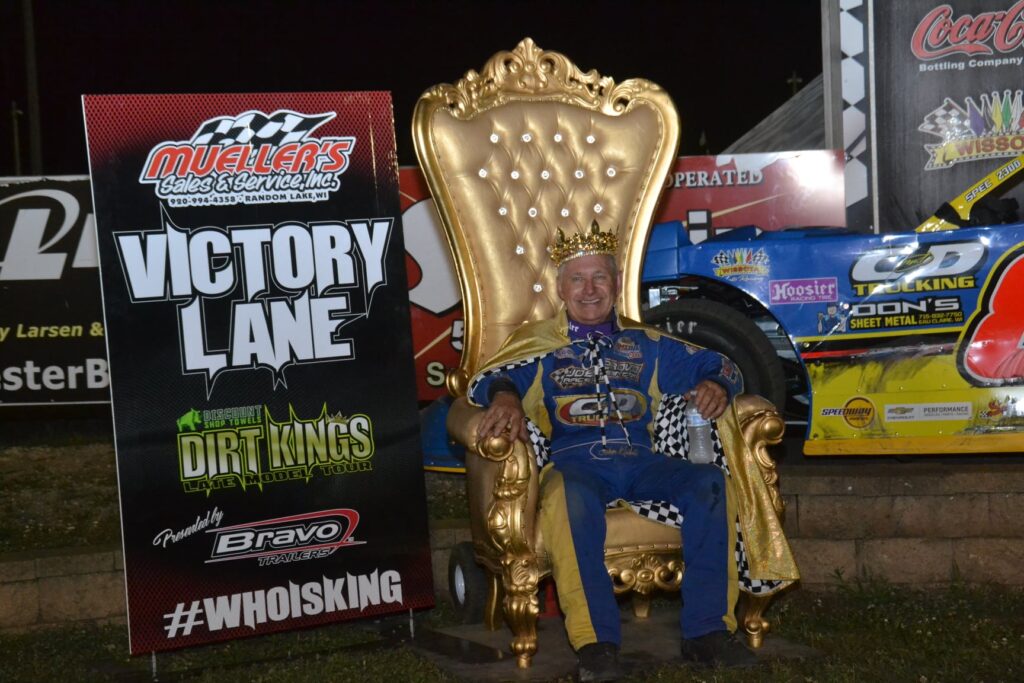 Keep up to date with Dirt Kings Tour headlines, pictures and events on Facebook.

Add us on Snapchat

Have a question?  We'd love to hear from you!