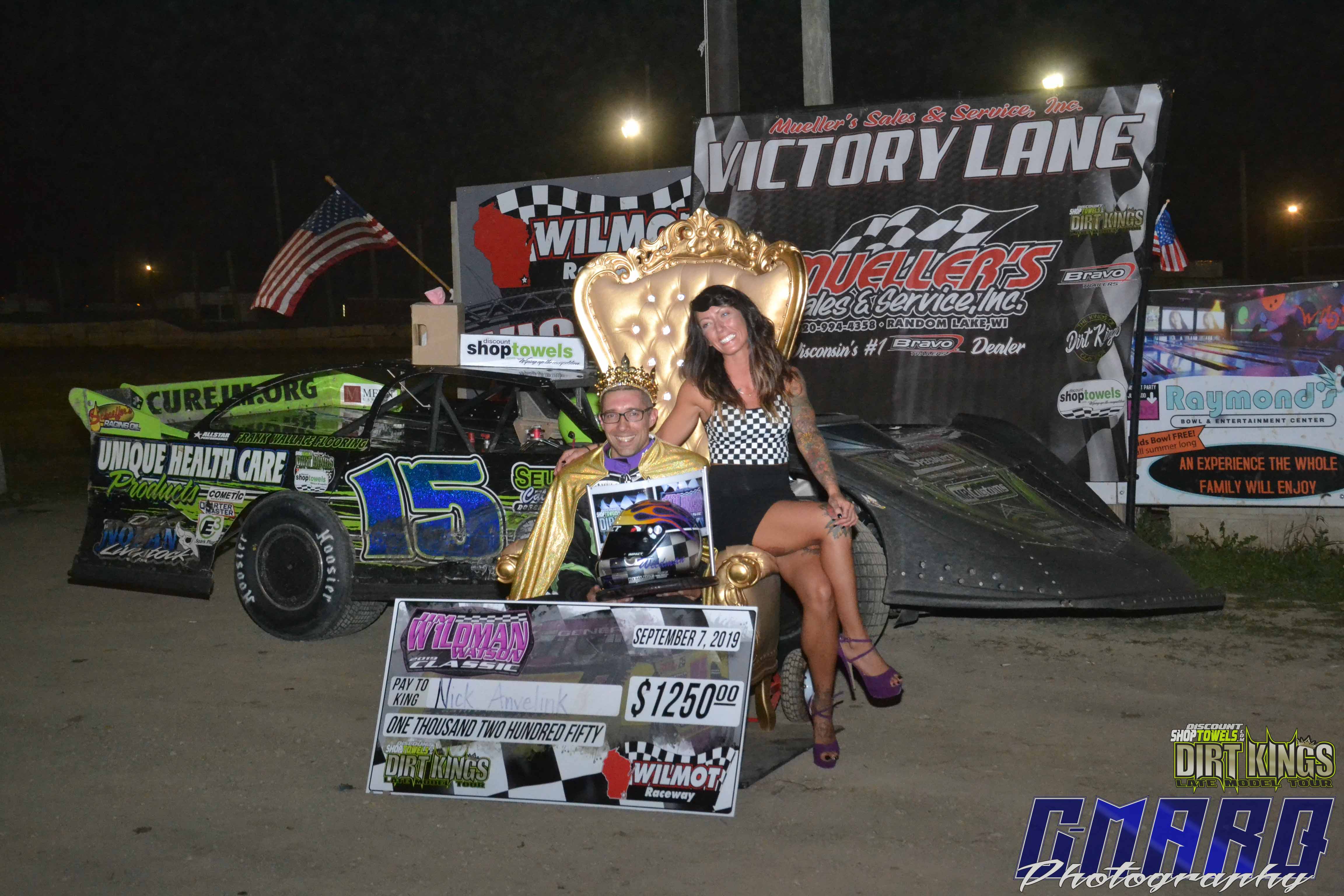 September 7, 2019 - Wilmot, WI - Taylor Scheffler and Mark Rose led the 24-car field to the green flag of the 2nd Annual DiscountShopTowels.comDirt Kings Late Model Tour Jim Wildman Watson Classic at Wilmot Raceway. McGrath passed Scheffler for the lead on the inside of turn three on the first lap. McGrath continued to lead the race as Anvelink and Justin Schmidt battled for second. Caution slowed the field on lap 15, when Brad Mueller slowed in turn three. On the restart, McGrath, Schmidt and Anvelink pulled away from the rest of the field. Schmidt and Avenlink battled for second position but with ten laps to go, Anvelink passed Schmidt for second place. Caution slowed the field with three laps to go as Justin Reed spun in turn two.

Brittany Watson, Jim's daughter was in the Mueller's Sales & Service Victory Lane to present the trophy to Nick Anvelink after the race. John Burnside designed the custom trophy, courtesy of Behling Racing Equipment and Impact Helmets.

The Brent Family sponsored the W1ld heat races with Mark Rose, Mitch McGrath and Nick Anvelink taking the win in their respective heat races, taking home an additional $50 from The Brent Family. Brett Swedberg won the Redline Web Design Hard Charger Award for $100 and a commemorative trophy by advancing ten positions in the 30-lap event.