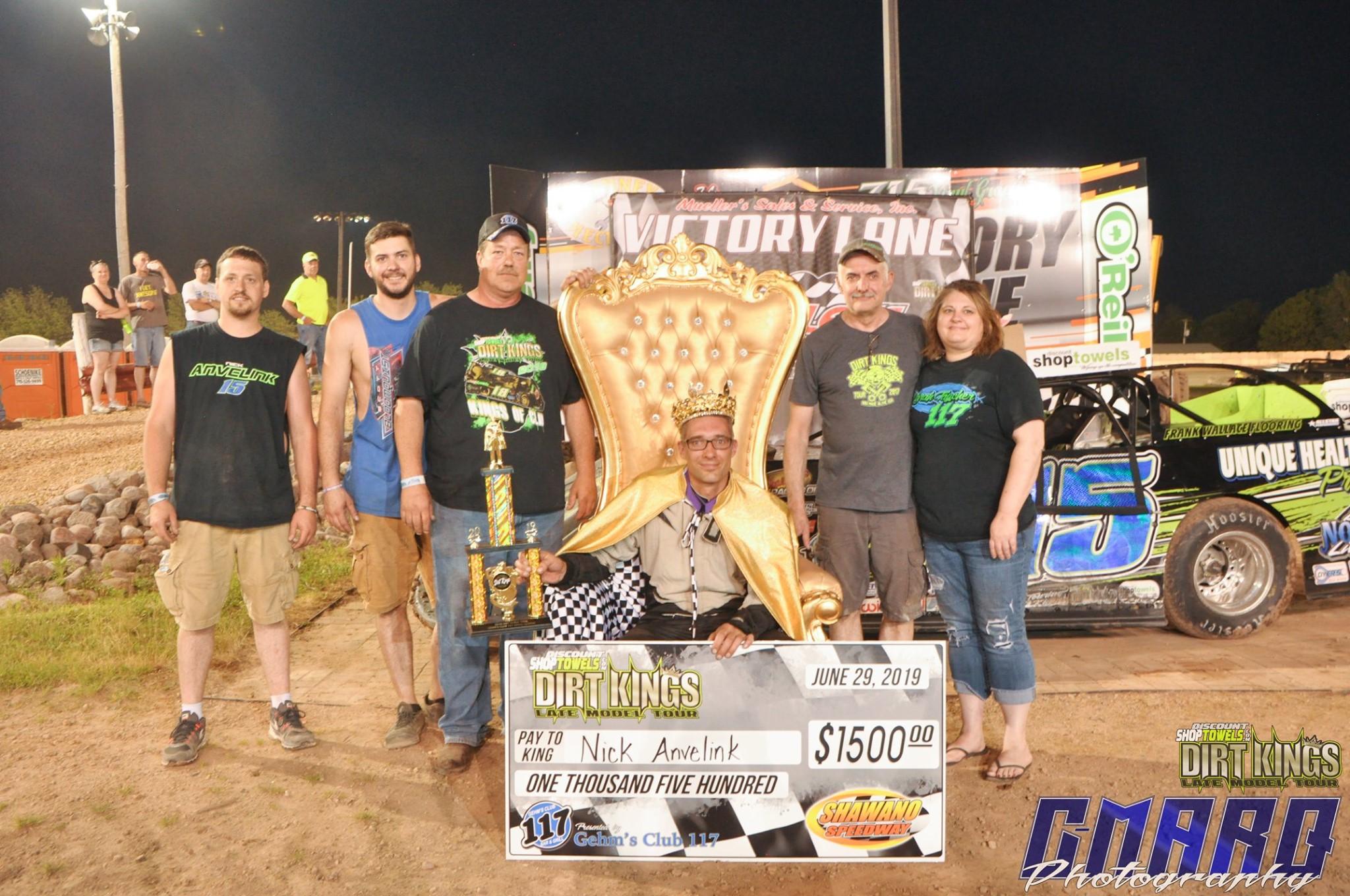 Shawano, WI - Nick Anvelink took the lead with just three laps to go as he worked to the inside of Troy Springborn as the leaders worked through the tail of the field.  As the traffic in front of them raced three-wide, Anvelink overtook Springborn and went on to win his tenth http://DiscountShopTowels.com Dirt Kings Late Model Tour race, his second win at Shawano Speedway.  Anvelink visited the Mueller’s Sales & Service Victory Lane for the second time this season, with his first win coming just over a month ago at Outagamie Speedway on Memorial Day weekend.  Anvelink who is sponsored by Gehm’s Club 117 in Bonduel was joined by Russ & Jess Gehm in the Mueller’s Sales & Service Victory Lane.

Springborn led the first 22 laps of the 25-lap Gehm’s Club 117 Kings Classic after starting from the pole.  Springborn took the lead going into turn one and battled with Justin Ritchie going down the backstretch but Springborn prevailed on the high side.   Just past halfway, Anvelink charged to third position, passing Ron Berna on the inside.    One lap later, Anvelink took second position away from Ritchie and set his sights on Springborn, who was half a straightaway ahead.  With five laps remaining, Anvelink had closed the gap to Springborn, who was working around lapped traffic, but Springborn had a slight advantage but more lapped cars on the horizon.  Anvelink passed six cars en route to his win.  Springborn finished second, followed by Ritchie, Berna and Brett Swedberg.