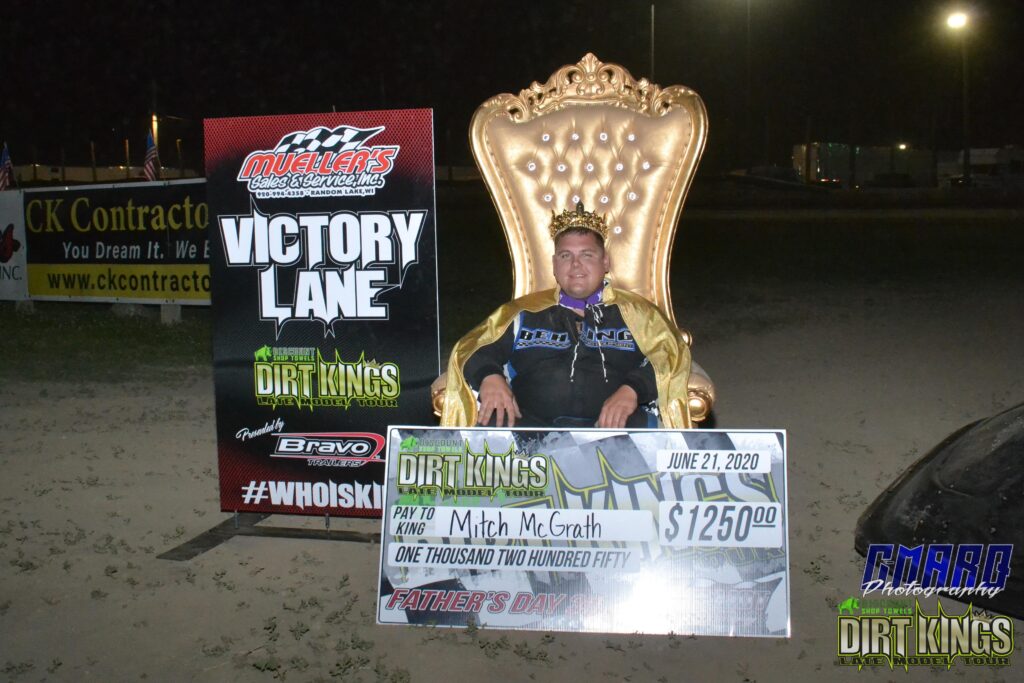 Wilmot, WI – For the seventh time in DiscountShopTowels.com Dirt Kings Late Model Tour history, Mitch McGrath was crowned King in the Mueller's Sales & Services Victory Lane. McGrath started the 30-lap Father’s Day A-Main from the sixth position, advancing to the lead on lap nineteen. Troy Springborn and Gunner Frank led the 23-car field to the green flag. Springborn jumped out to the early lead with Brett Swedberg right behind him. McGrath passed Frank on the inside for the third spot on lap five. Springborn started to work his way through the tail end of the field just a few laps later with caution slowing the field on lap fourteen.

On the restart, Springborn led the field while McGrath took second position away from Swedberg as they worked through turns one and two. Swedberg battled with McGrath for a couple laps, before McGrath set his sights on the leader. McGrath dove inside Springborn as the two raced into turn one, with McGrath prevailing on the inside, with Swedberg and Justin Ritchie following.

Ritchie took the second position away from Springborn just before the caution came out with just seven laps to go. On the restart, while McGrath led the field to the green flag with Ritchie following , it was Justin Reed who made a 3-wide pass through the middle of Swedberg and Springborn as they exited turn two to advance to the third position. Ritchie was on McGrath’s bumper for for the next lap before McGrath was able to pull away to 1.33 second margin of victory over Ritchie. Reed finished third, followed by Springborn and Swedberg. Ron Berna was sixth followed by Frank, Turk Letizia, Kyle Raddant and Ron Stroika. 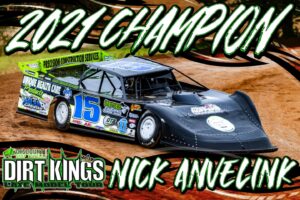 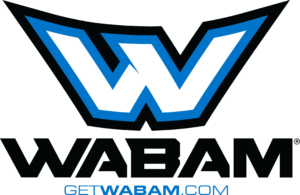 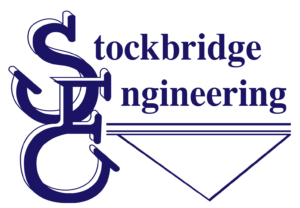