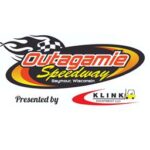 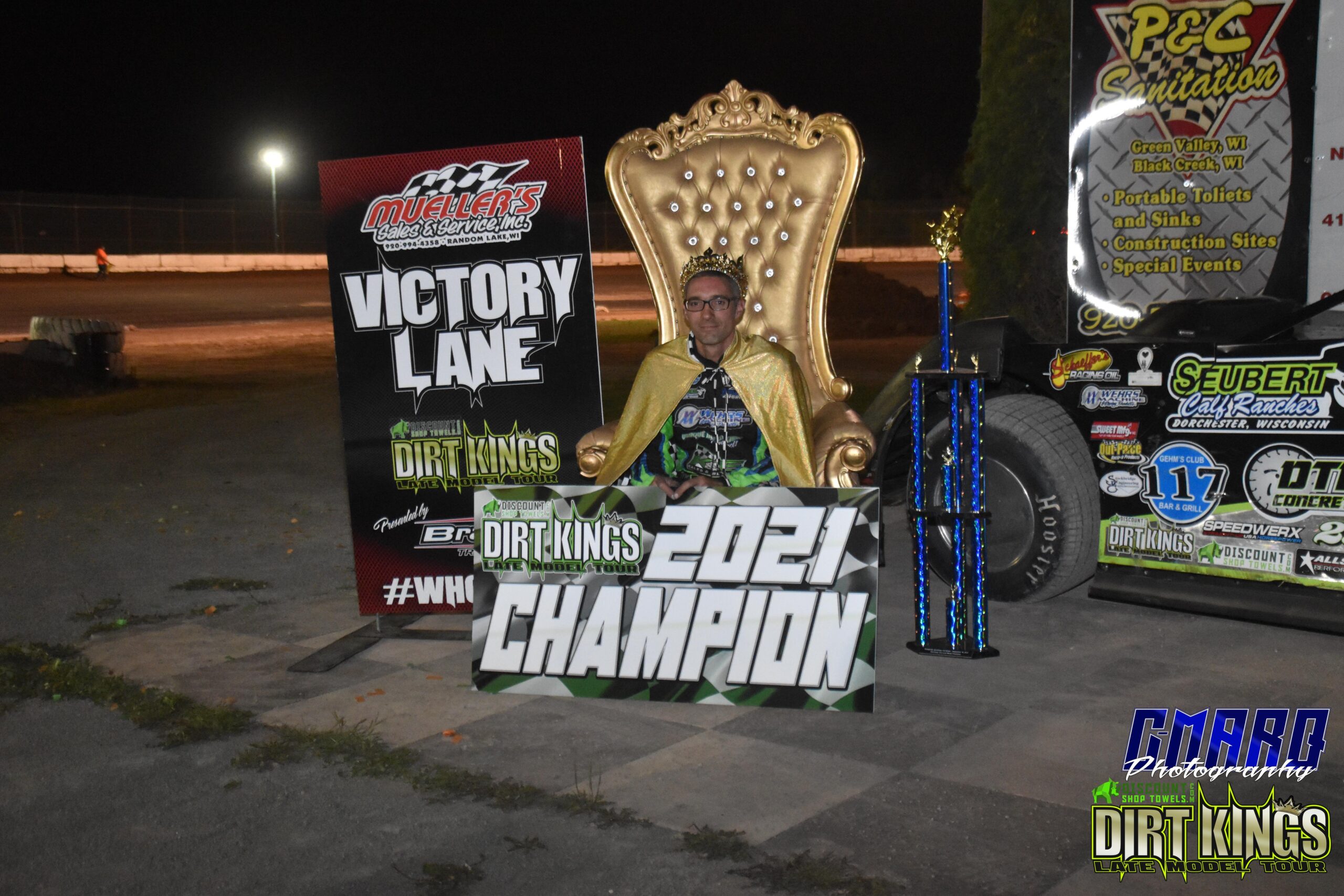 Seymour, WI - Nick Anvelink was crowned King in Mueller’s Sales & Service Victory Lane at Outagamie Speedway, his sixteenth DiscountShopTowels.com Dirt Kings Late Model Tour victory and with the win, he secured his fourth DiscountShopTowels.com Dirt Kings Late Model Tour Championship. Anvelink started the night with a fourteen point lead in the Championship standings and won his heat race and secured a spot in the re-draw of the top six drivers. Anvelink started the 30-lap Crowing of the King from outside row 2, as Troy Springborn and Kyle Raddant led the field to the green flag. Springborn took the lead as Anvelink tried to pass Raddant on the inside, but caution slowed the field on lap two for a spin on the backstretch.

On the restart, Anvelink chose the outside line and raced to the outside of Springborn, making the pass as they worked through turns three and four with Anvelink taking the lead. Springborn continued to battle for the lead on the inside of Anvelink for several laps, until caution slowed the field on lap eight. Avenlink was able to pull away from Springborn on the restart and he continued to lead at the halfway point. As the leaders began to approach the tail end of the field, Springborn was right on Anvelink’s bumper as caution slowed the race with just eleven laps to go. Avenlink pulled away to a half-straightaway lead in just a couple laps until the final caution came out as Brett Swedberg spun in turn four.

Troy Springborn was the Out-Pace Racing Products Pole Sitter for the Crowning of the King at Outagamie Speedway on 9/18/2021. #SetThePace