$150 to the first non-transfer position from the B-Main

Kirkpatrick Law Office is a mobile law office based in Menomonie, Wisconsin, and is dedicated to providing clients with one-on-one zealous representation. Attorney Matthew Kirkpatrick focuses in the areas of Criminal Defense and Collections. A lifelong racing fan, Attorney Kirkpatrick enjoys spending his summer nights at the track.

The Dirt Kings Late Model Tour brings high energy entertainment that captivates fans as drivers compete for the title of King, while battling side-by- side lap after lap. The Tour is the fastest growing dirt series in the Midwest.

More than 45,000 fans have packed their local dirt tracks to support their favorite driver and find out who is King. In 2019, the Tour will sanction 13 events at 9 venues across the state of Wisconsin. More information about the DiscountShopTowels.com Dirt Kings Tour is available at www.dirtkingstour.com. 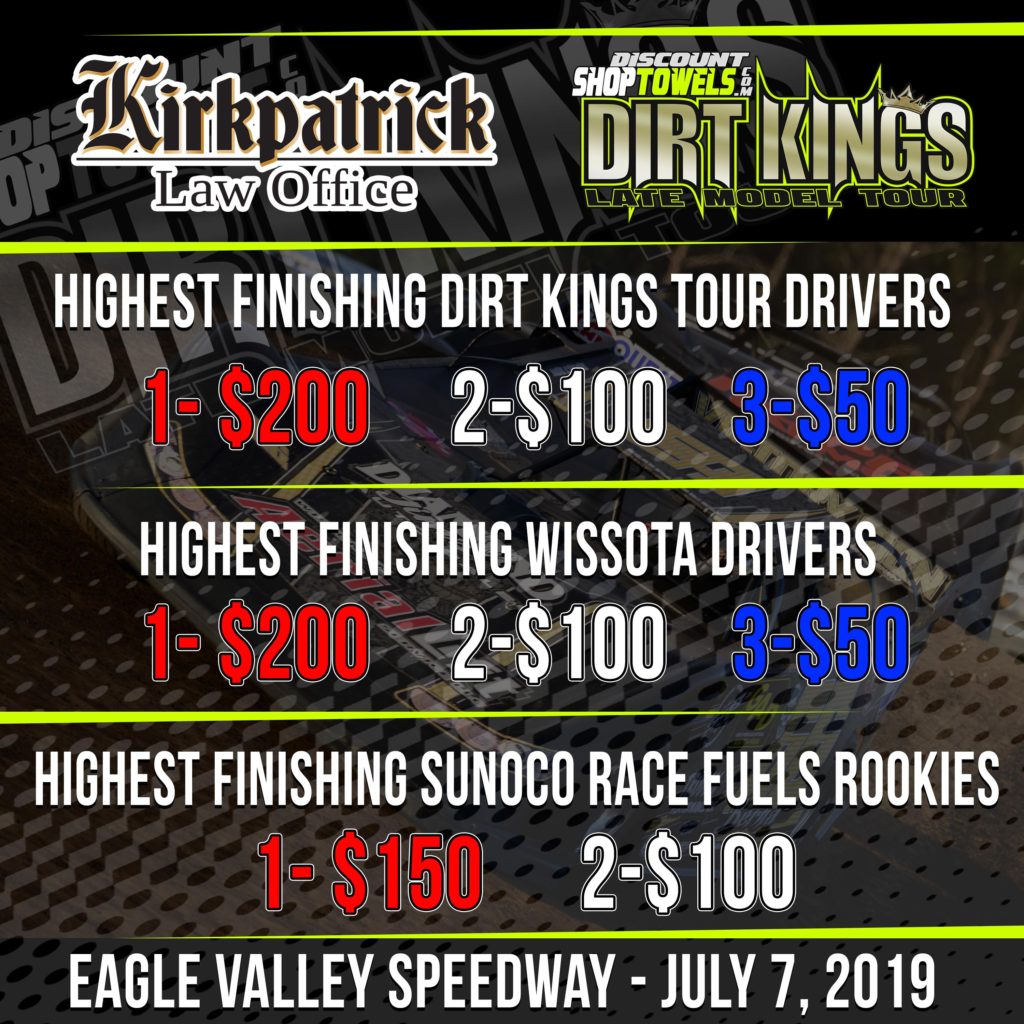